3 YA Fantasy Series that are Worth the Hype

They’re making big splashes on the book blogosphere, but are they worth the read? Here are three of my YA favorites that definitely deserve your attention:

1. Six of Crows by Leigh Bardugo

Six of Crows is my go-to recommendation when someone wants a fun fantasy read. (“Fantasy” here is a strong word: Six of Crows is set in a ‘lightly magical’ version of Scandinavia, so it’s not a punishingly complicated fantasy book.) Essentially, Leigh Bardugo is the Simone Biles of the contemporary YA fantasy genre: there’s just no one else quite as good.

Six of Crows involves a fabulous cast of scoundrels, daring cut-throats, an impossible heist, hints of romance, and the hunt to rescue a scientist with a dangerous secret. Kaz “Dirtyhands” Brekker and his eccentric crew  (including a thief, a sharpshooter, a giant, a runaway, and a witch) navigates the cesspool of Ketterdam to keep power out of the hands of the rich and ruthless. It really doesn’t get any better. Go read it already–and then enjoy the sequel, Crooked Kingdom.

2. An Ember in the Ashes by Sabaa Tahir

I read this book in two days, and forced myself to wait an agonizing 24 hours before buying the second one. This heart-stopping read follows Laia, whose family is torn apart by Martials in one vicious night when her brother is accused of treason against the Empire. In desperation, Laia appeals to the underground rebellion. They agree to help rescue her brother if she becomes a spy at Blackcliffe, the Martial school for Empire soldiers. There she joins forces with Elias, a student who secretly hates the violence of the Empire and has been enlisted as a top pick for the next Emperor. Not only are the heroes wonderful and tragic, Sabaa Tahir cooks up a villain that makes Dolores Umbridge look like a total softie. If you’re a sucker for fast-paced fantasy action and a dash of cheesy romance, you’ll eat this up as quickly as I did. Don’t forget to reserve the second book, A Torch Against the Night,  at the library and join me in the agonizing wait for the third book to be released.

3. Wolf by Wolf by Ryan Graudin

This is an epic fantasy/historical fiction/revisionist history mashup that’s worth the read for the premise alone. Yael is a shapeshifter who’s working to overthrow Hitler’s regime, which has become an international power since winning WWII. In order to get close enough to Hitler to murder him, Yael poses as a cross-country motorcycle champion and enters a cutthroat motorcycle race. I admit: shapeshifting to kill Hitler via a motorcycle race is a bit ridiculous, and there’s hearty liberty taken with historical fact, but if you can suspend your disbelief, it’s a really fun ride. Plus, there’s lots of cool old-timey motorcycles and an intriguing (and heart-throbbing) German competitor to keep your mind off the absurdity. The sequel, Blood for Blood, was released in November 2016. 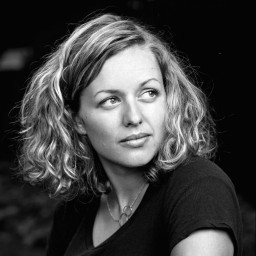